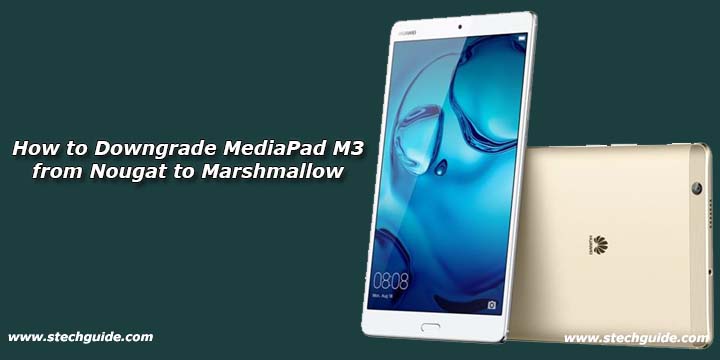 Download MediaPad M3 Nougat Rollback package – Rollback file will change Your software info to C900B300. As far as I know, this is a specific firmware key, that allows to fully update the firmware to any other version.

How to Downgrade MediaPad M3 from Nougat to Marshmallow

1) First, download Android Nougat Rollback Package for MediaPad M3 from above and extract it.

2) Now create a folder dload in the root of your SD card and place the update.app file in that folder.

3)Now turn off your device.

4) Now press “Volume Up + Volume Down and Power Button” together. The update process will start automatically.

5) Now wait for some time to complete the process. Your firmware version should now be on “B300”.

6) Now download the full Marshmallow firmware from above and extract it.

This is the complete guide to Downgrade MediaPad M3 from Nougat to Marshmallow. If you have any questions comment below.