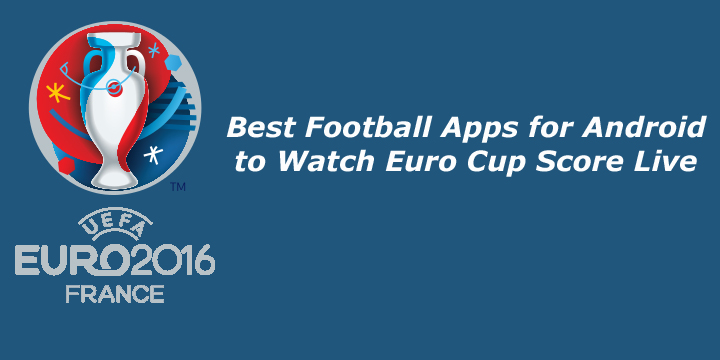 1) UEFA EURO 2016 Official App – UEFA EURO 2016 Official App is one of the best football apps to keep updated with Euro Cup score, fixtures, and News. The app let you know about your favorite teams, players, matches, fixtures, standings and much more. You can download UEFA Euro 2016 Official App from Playstore for free. After installing it will ask for your favorite team and creates a dedicated page for your team. It will provide you official statistics, game-related video & audio and also you can buy tickets for upcoming matches. 3) Onefootball Adidas & EURO 2016 – OneFootball is one of the best Football Apps for Android to Watch Euro Cup Score Live with With more than 20 million downloads. The app keeps you updated with Live scores and results with instant push notifications for the Euros. OneFootball app provides UEFA EURO 2016 Fixtures and calendars, Match statistics, Team and player profiles, All the goals and top scorers, expert analysis, and Match predictions. Download OneFootball Adidas Android App from below. 4) LiveScore Euro 2016 – LiveScore Euro 2016 is one of the best soccer apps to watch live Euro Cup score live. The score is provided directly from the same company (LiveScore Ltd) that’s been delivering the online scores since 1998. Although the app not packed with many features, but if scores are all you are after, then LiveScore Euro has the app for you. The app is very lightweight, responsive and provides very fast real-time goals and other critical updates. Download LiveScore Euro 2016 Android App from below. 5) Euro 2016 – Euro 2016 from ZePtSoft Sports is an another fantastic Football app to Watch Euro Cup Score Live online. It has elegant UI, and you find all running and upcoming matches on your home screen. The app delivers you Euro cup 2016 calendar, featuring kickoff hour, and results, Euro’s 2016 group detailed information, Team’s detailed data and its usual main formation, Player’s detailed data and the matches he participated, Euro cup 2016 best scorer, Livescore, and Match notification. Download Euro 2016 Android App from below. So these are the 5 Best Football Apps for Android to Watch Euro Cup Score Live. Download the app and enjoy Euro cup on your Smartphone. Also, share your favorite Football (Soccer) app in the comment section.