The Nokia 6.1 Plus Android Pie update is now rolling out over-the-air which is 1.34GB in size and has the build version number 3.30B. The update also comes with October security patches along with new system navigation, settings menu and notification system, adaptive battery, app actions, and more. 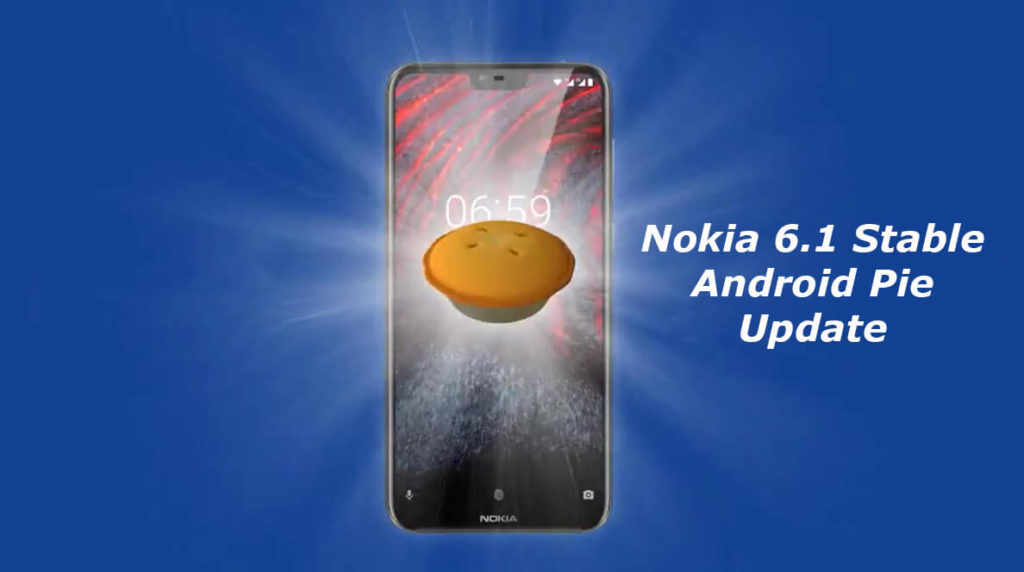 The announcement was made by Juho Sarvikas, Chief Product Officer of HMD Global, on Twitter. This is the third Nokia device followed by Nokia 7 Plus and Nokia 6.1 which receives the Pie update. Next in line, the Nokia 8 and Nokia 8 Sirocco which are supposed to get the Android 9.0 Pie update later this month.

Another day. Another update. Happy to announce that the Nokia 6.1 Plus now runs on Android 9 Pie #Nokiamobile #AndroidOne 🥧 pic.twitter.com/Spls0myFbA

If you are a Nokia 6.1 Plus user just head to settings to check for the update or you can wait for some time, we will soon provide you the Nokia 6.1 Plus Android 9.0 Pie OTA file with that you can Update Nokia 6.1 Plus to Android Pie manually.

Note: – Make sure you at least 2GB of free space on your device and battery level should be 75% before you Update Nokia 6.1 Plus to Android Pie. It is recommended to take backup of your device and do a factory reset after installing the update if you are facing forced closed error.

How to Manually Check for Nokia 6.1 Plus Android Pie Update –

The update is rolling out via OTA and it would take around a week to reach all the Nokia 6.1 Plus units globally. To check Pie update for Nokia 6.1 Plus manually head over to the Settings-> About device -> Software update.

The Android Pie OTA file for Nokia 6.1 Plus is not available for now, but we will provide it soon so you can Update Nokia 6.1 Plus to Android Pie manually. Let us know your experience if you receive the update. Stay connected with us via Facebook, Twitter, and Google Plus to read more such helpful posts.