The Internet of Things has been widely celebrated as the next big thing in cutting-edge developments that are set to gain mainstream adoption. And rightly so, since it offers consumers the opportunity to transform their houses into smart homes, where devices will be able to communicate through the internet with zero or minimal human input. Yet one of the factors that still affects the speed at which consumers are turning to smart home applications and similar gadgets are growing concerns over the cybersecurity level they offer. Is there really a threat – and how can you protect yourself?

The smart home market is slowly yet steadily growing, as people are drawn in by the convenience it offers. The hype surrounding the new applications is also working in favor of them, as consumers are excited to see the real-life equivalent of ideas which once upon a time only existed in the creative minds of the sci-fi great authors and artists. According to one analysis, smart home manufacturers have received roughly $12 billion in the last ten years, while the industry is set to at a CAGR of 42% from 2017 until 2022. 13% of companies active in the industry are focused on smart energy and 12% on software platforms, while 15% are developing audiovisual solutions and a whopping 21% are invested in producing tools for smart home security. 2016 alone saw a whopping $2 billion in investments, which included $659 million as part of a merger. In the first five months of 2018, the industry saw another $556.9 million in funds received, and the market is set to grow even more as adoption rates climb higher.

You will find more infographics at Statista

How to effectively protect your smart home against cybercriminals

Navigating smart home security is a complicated task, but fortunately there are many tools readily available for the job. Since IoT devices function through network and internet connections, most of the solutions that have already been developed for online security and web applications will be valuable. A web application firewall is a great added layer of defense for smart home log-in web applications. It analyzes and inspects incoming requests to filter out malicious intruders and is able to successfully protect against OWASP Top 10 critical web application threats, like SQL injection, remote file inclusion and illegal resource access. Setting up extra authentication measures is pivotal in order to ensure that hackers will not easily gain unauthorized access to smart devices. Classic solutions include choosing strong passwords and changing them regularly – with many owners making use of password managers to generate hard-to-crack passwords and keep them safe in the manager’s vault. Two-factor authentication, which adds another step in the authentication process, usually through some device that the user has immediate access to, like a smartphone, is also crucial. 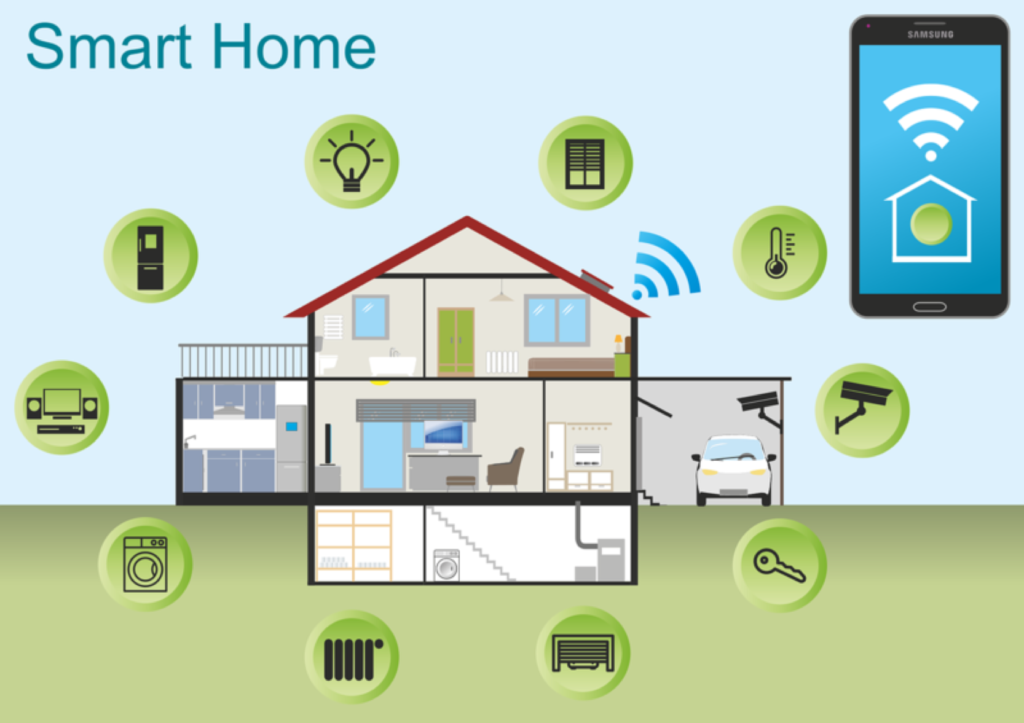 Besides the connection between the user and the device, cybercriminals can also try to hijack the connection of the device to the network or another device. For those cases, utilizing cryptography and its various applications is key. By making sure that data sent over the smart home network is encrypted, you are effectively stopping hackers in their tracks. Setting up secure boot is important in that respect, to ensure that smart devices only execute code from a trusted source, as well as establishing secure communication channels through encryption on the smart home infrastructure. Cryptographic algorithms that make use of symmetric or asymmetric encryption keys are also a vital part of ensuring mutual authentication processes between devices and the network. This can safeguard that data transmitted on the network comes from a legitimate source and will work wonders towards containing a hacker attack if a cybercriminal manages to infiltrate a device with a lower level of security.

It is important to remember that any smart home collects and processes a wealth of personal information that is of great value to hackers – often including critical data like financial details or healthcare information. Any smart home is bound to end up on the radar of cybercriminals – which is why a high level of smart home security is indispensable.