The humble ethernet LAN cable is the cornerstone of most people’s experience with the internet. While there are many other cables used to provide that interconnectivity, including fiber optics over long distances, most people would be familiar with the ethernet cable. They’re the ones that connect the modem or router to the computer and thus act as the world’s most prominent wired connector.

This means that it can be problematic if they suddenly aren’t working properly. Or if you decided to buy a lot of cables and discovered too late you have a bad batch. It pays to check if your LAN cable is working early on, to make sure that nothing’s wrong. With that in mind, just how does a layman who has little to no technical expertise detect problems in an ethernet cable? 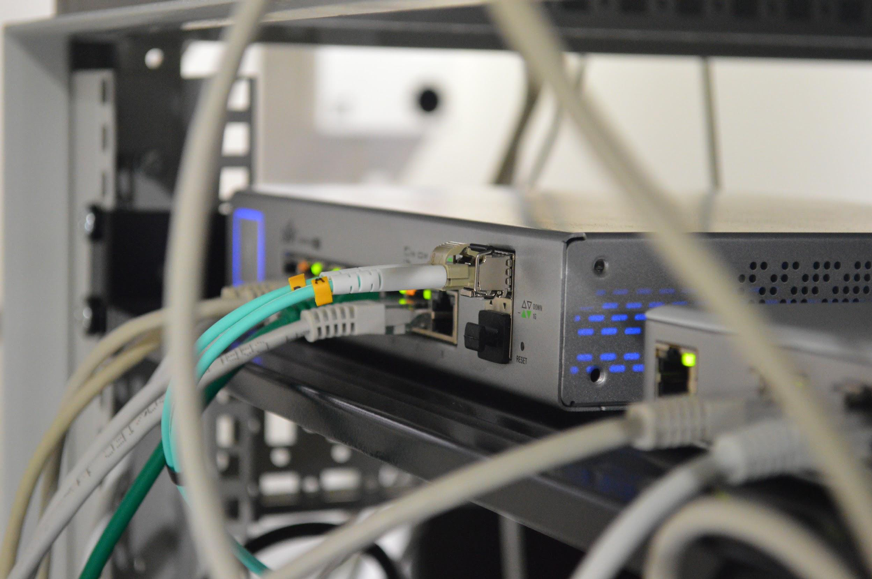 Physical inspections are the first step. The average ethernet cable is actually quite tough, but that doesn’t mean they’re damage-proof. Check the jacket for any damage. The connectors should also be in good condition. If the cables are brand new, there shouldn’t be any visible physical defects.

In fact, most errors can be caught before they become a major issue by simple physical inspection. A lot of potential issues can be identified just by knowing what to look for and having an idea of what problems specific defects cause.

One thing to consider is connectivity issues. Plug them in and see if they transmit data from device to device as intended.

If you run into problems with connectivity, the fault will typically lie with the LAN cable or its connectors. Look at the adapter. It will usually have a number of LED lights on display to indicate an established, working connection. Network connections, in particular, will have a light labeled as such and the cable being plugged in should light it up. In some devices, the light may take a moment or two before it goes up. However, if there is no light at all, the problem is likely with the cable, the connector, or both.

Plug the cable into different devices or computers, checking if the error persists or if it functions normally. This step is important because it lets you eliminate other possible errors, like one or more devices being the one with a connectivity issue.

Performance is also a metric that damaged cables may fall short of. A typical sign of this would be an intermittent failure of connectivity or slower data transfer speeds. Damaged or bent cable will usually be the cause, once you’ve factored out the possibility that the network itself is the cause of the problem. A bent cable is an easy fix, as you only need to straighten it. A damaged cable will require replacing.

Conduct a visual inspection of the length of the cable, keeping an eye out for sharp bends, kinks, or any unusual physical changes. If you installed the cable inside a wall, you might need help doing this. However, in most cases, sharp bends or knicks can be straightened to correct the problem.

There is also a matter of continuity of connection. These will usually be caused by faulty connectors and bends along the length of the LAN cable. However, foreign objects and interference can also cause it. Small things like nails, staples, and screws getting into the structure of the cable and causing electromagnetic interference are all possible. A quick visual scan to find these sources is the first test. If you want to be sure, a specialized tester can also be employed for the purpose.

Plug In, Plug Out

Finally, there is a simple and time-tested method of plugging the cable into other devices. Sometimes, the problem isn’t visible. In other instances, the issue is caused by one or more of the devices it’s plugged into. Taking it out and plugging it into something else allows for a simple troubleshooting method, relying on a process of elimination to figure out what isn’t working. In general, this is probably the first thing you want to try.

Ethernet cables are ubiquitous and useful. However, they’re far from unbreakable. There are many ways that they could be damaged or have a problem, so it is a good idea to check on them. Whether the cables are brand new and you want to give them a test run or they’re old and you’re concerned about their performance, it helps if you know what problems to look for and how to check if the cables are the source or not.