There can be a lot of misconception about what malware is, the purpose of malware scanners and antivirus scanners (and what makes them different), and whether you need one, the other, or both. A lot of the confusion stems from a general lack of awareness of what exactly defines ‘malware’, whether it’s different than traditional viruses, and why security companies can offer “anti-malware” and “antivirus” software.

Is a malware scanner absolutely necessary?

Nowadays, it is. It’s a fact of life – your computer needs a good malware scanner. As I’ll explain later in this article, there are a few minor difference between malware scanners and antivirus software – but you should really have both, used for different purposes.

I’ll quickly explain why – new malware comes out every day. Some of it is simply variations on existing malware, and others are completely brand new. Here’s a quick chart from AV-TEST: 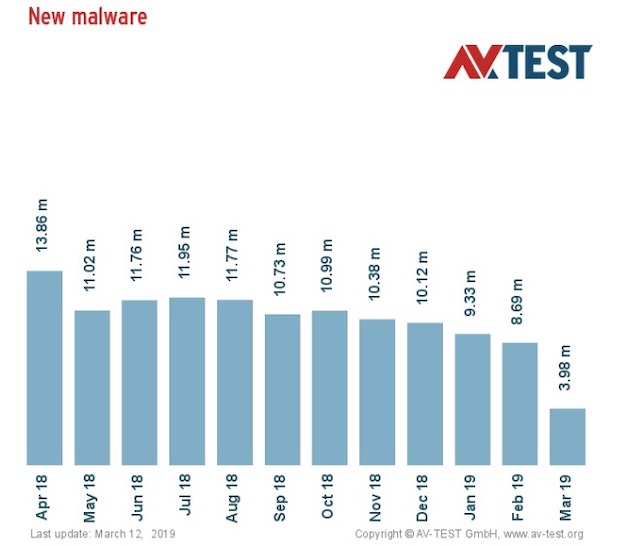 This is new malware detected per day. So if there’s 28 days in February, and 8.69 million new malware types were detected, that’s about 310,000 new malware per day. The good news is that a lot of antimalware uses heuristic scanning, which means even if malware hasn’t been officially named, the anti-malware recognizes its behavioural pattern, and automatically eliminates the threat.

There are some great malware scanners that detect threats, even if they’re previously unknown. Spyhunter, for example, is a great malware scanner. But even Spyhunter has a number of disadvantages of which you should be aware. For example, it doesn’t keep up with threats as well as it should and doesn’t maintain so well on the old operating system. But still, it’s a great solution and you can check out a review from the AntivirusRankings blog that basically shows how to use it effectively.

What is malware, is it different from viruses?

Malware is simply an umbrella term for all malicious software. Whether you’re talking about trojans, worms, spyware, adware, PUPs (potentially unwanted programs), etc. They all fall under the generic “malware” term.

A long time ago, the security industry used to refer to different virus types by category, or name. The Iloveyou virus in 2000 was technically a worm, for example, but everyone called it by name. This is because in those times, a lot of these threats were new to the general public, so they could make big headlines. But as time goes on, the language has become a lot more generic. Hence, pretty much all viruses are casually referred to as ‘malware’ in modern times.

Not a whole lot, truth be told. Many malware scanners have the same intended purpose as antivirus software, so strictly speaking, it is generally how the company markets their software. A lot of antivirus companies have been around for a long time, so they use the older “virus scanning” term, whereas newer companies may appeal to modern computer lingo by calling themselves “malware scanners”. But on paper, they really focus on preventing the same kind of threats. And do not worry it has no influence at any point on your internet speed.

The only difference is some malware scanners, such as MalwareBytes, focus more on specific types of malware, such as adware, PUPs, phishing exploits, etc. Whereas more traditional antivirus software like Norton or Mcafee focus on traditional virus types like trojans and worms. But that’s not to say that MalwareBytes and Norton don’t prevent the same kind of threats.

Is a malware scanner necessary if you have antivirus?

This question largely depends on the antivirus software you’re considering. The absolute ideal situation would be to have a completely dedicated malware scanner, like MalwareBytes. You then supplement that with a dedicated antivirus scanner, and run a full antivirus scan every two weeks. But you shouldn’t have both running at the same time, because they might conflict with each other, or have a largely noticeable impact on your computer’s resources.

My best recommendation would be to have something like MalwareBytes as your primary software that runs all the time in the background. That will prevent you from the majority of malware threats out there. Then every couple of weeks, run a full scan using a strong antivirus program like Kaspersky, just to make sure nothing slipped past MalwareBytes.