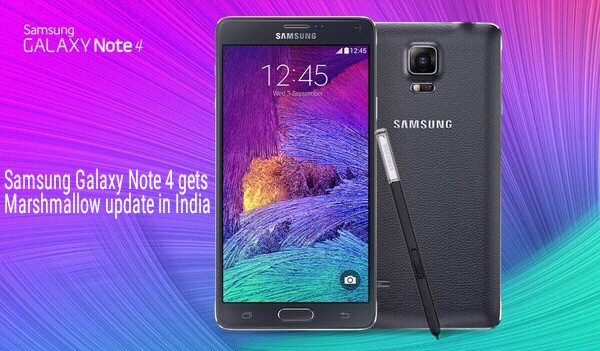 The new Marshmallow update packed with features like Now on Tap, Doze Mode, App Permissions and more. Also, the update comes with improved TouchWiz with updated design, direct share and with Adoptable Storage. The Android 6.0 Marshmallow update for Galaxy Note 4 is available via OTA (over-the-air) and it is about 1.41GB in size. The update may wipe SD Card data, so it is advisable to take backup before you Update Samsung Galaxy Note 4 to Marshmallow.

It is advisable to download the update via Wi-Fi or with stable Internet connection for smooth installation. Also make sure that the battery level is above 75% before you Update Samsung Galaxy Note 4 to Marshmallow. It is recommended to take backup of your device and do a factory reset if you faced the forced closed error.