Here we share the expected CyanogenMod 14 aka CM14 Features and Release date. CM14 is currently under development and official release date of CM14 not out yet. An unofficial version of CyanogenMod 14 is already available for many Android phones, but that doesn’t include any new feature. The new build is based on latest Android 7.0 Nougat but contains CM13 features. Want to know CM14 Features and Release date? Check below post to know expected features of CM14 and its release date.

CyanogenMod is a custom version of the Android operating system. CyanogenMod is one of the best custom ROMs out there. It brings features which you can’t find on stock Android. It’s a base of many popular custom ROMs like Resurrection-Remix, Paranoid, and Slim. From many years CyanogenMod brought new features and updated their version with Android version. And this time, new version of CyanogenMod 14 is based on Android 7.0 Nougat. The official version is not released yet, but you can check expected CyanogenMod 14 features and Release date from here. You can also check the list of Android devices which are getting CM14 Update. 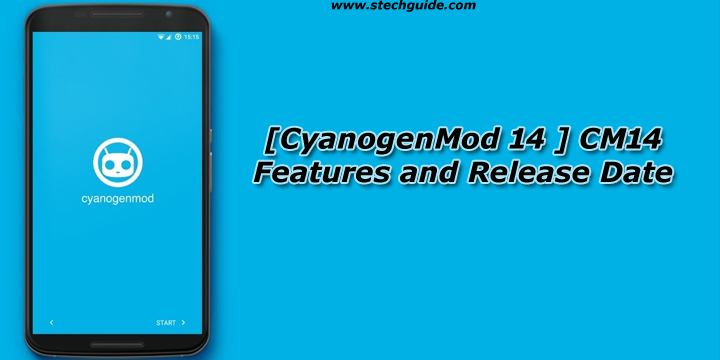 1) Base – The new version of CyanogenMod is based on latest Android 7.0 Nougat OS. The features present in Android Nougat will be present in CyanogenMod with extra goodies.

3) One Handed Operation – In the era of large-screen phones, it’s hard to use phone with one hand. One handed operation was already present in Samsung and Xiaomi Devices and user found it quite useful sometimes. It is expected to see One handed operation feature in CM14.

4) Improved UI – As we know Android 7.0 Nougat released for Nexus devices and comes with significant changes in UI. The new Android Nougat comes with improved Notification menu, quick setting and setting menu. A similar UI can be expected in the CM14.

5) Battery Management – Android Nougat comes with improved doze which improved battery life of your phone. Battery Optimization in CM14 will improve your battery 15-20%.

CyanogenMod 14 is already under development and team working hard to bring the first official release. The unofficial version is already roll out for many devices and but there is a big question mark when the Official version release? First stable version of cm13 was released after 30-45 days of marshmallow source code was out. The source code of Android 7.0 Nougat is released recently, and we expect the release date of CM14 stable build will be somewhere in November or December.

This is the complete list of expected CyanogenMod 14 aka CM14 Features and Release date. Share your opinion about CM14 and what features will you expect.