Google isn’t yet releasing this as an OTA and Android Beta is not currently available for Android O as the company only intends to release it for developers who want to get a head start on getting their apps ready. But if you want to try it on your device then Download Android O Developer Preview for Google Pixel and Nexus Devices from below. Download Android O Developer Preview for Nexus and Pixel devices from below. 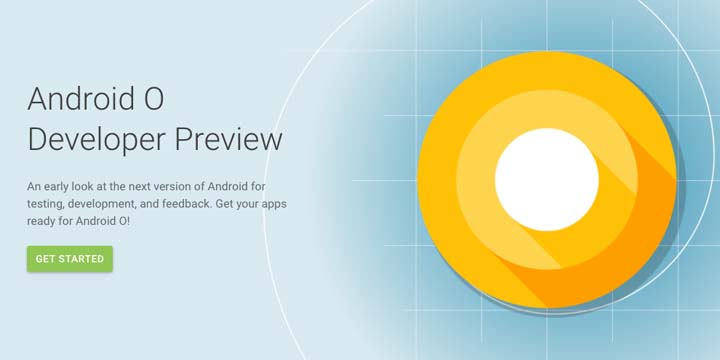 2) Go to ADB  installation directory and press and hold ‘shift’ key and right-clicked anywhere in the folder and select ‘Open command window here’.

3) Now connect your device to PC and enter into the fastboot mode.

4) You are in Fastboot mode now to check your connection by entering below command in command prompt.

5) To unlock bootloader of Pixel on Android O, go to the command line and type below command. It will only take seconds to complete the process.

6) Now your device will reboot into bootloader mode.

1) Download the Android O factory image for your device and unzip it.

2) Connect your device to the PC over USB and Enable USB Debugging option from setting>developer option>.

3) Now connect your device to PC and enter into the fastboot mode. To enter in fastboot mode press and hold ‘Volume Up + Volume Down + Power’ button or by typing “adb reboot bootloader”

4) Open the command prompt and navigate to the unzipped system image directory.

5) Now Execute the “flash-all.bat“, it will unzip the image files and install the necessary bootloader, baseband firmware(s), and operating system. The step will install Android O Developer Preview on Nexus and Pixel devices.

If flash-all.bat file now works you can pass all commands manually by –

1) First, flash the bootloader and the radio

2) Flash the recovery, boot, and system

So this the complete guide of install and Download Android O Developer Preview for Google Pixel and Nexus Devices. If you have any doubts comments below.