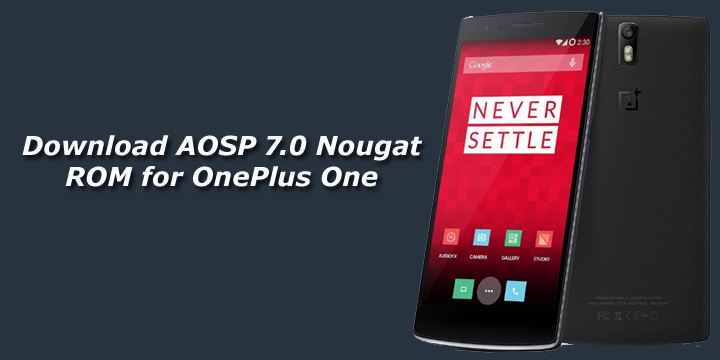 How to Install Android 7.0 Nougat ROM on OnePlus One

This is the complete guide to Download AOSP 7.0 Nougat ROM for OnePlus One and Update Oneplus one to Android 7.0 Nougat. Let us know if you have any questions via comments below.