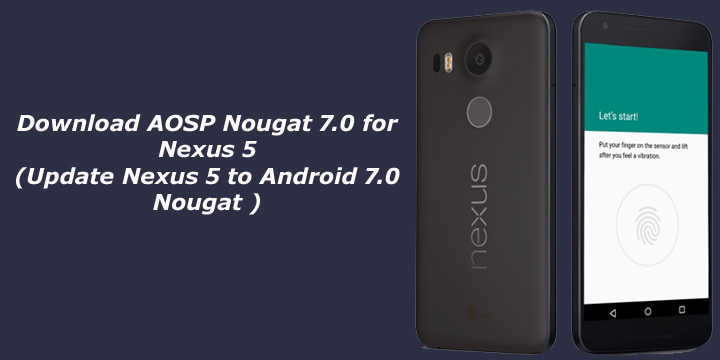 How to Update Nexus 5 to Android 7.0 Nougat

2) Download the Android 7.0 ROM from above and save it on your device.

this is the complete guide to Update Nexus 5 to Android 7.0 Nougat. Let us know if you have any questions via comments below.