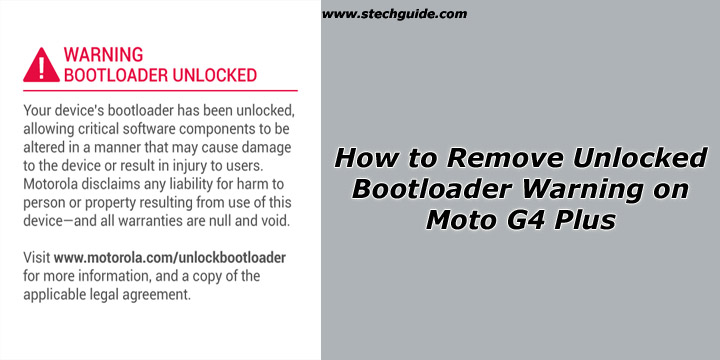 How to Remove Unlocked Bootloader Warning on Moto G4 Plus –

2) Download the Moto M logo from above, unzip it and save it in adb and fastboot folder.

3) Now go to installation directory open ADB folder and open the command window thereby pressing and hold the ‘shift’ key and right-clicked anywhere in that folder.

5) You are in Fastboot mode now to check your connection by entering below command in command prompt. It will return your device serial number means your device properly connected. Check your driver if the above command is not responding.

6) Type the below command to flash the Moto M boot logo on Moto G4 Plus.

7) Above step will replace the Warning message with Moto M logo. Now type the below command to reboot your device.

This is the easiest way to Remove Unlocked Bootloader Warning on Moto G4 Plus. If you have any questions, then comment below.