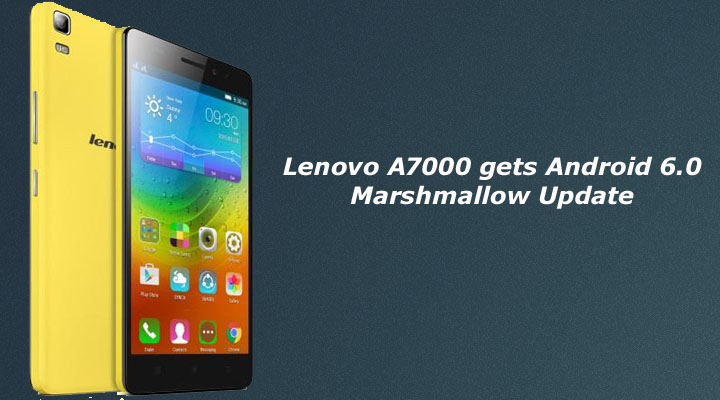 Make sure you at least 2GB of free space on your device and battery level should be 75% before you Update Lenovo A7000 to Marshmallow. It is recommended to take backup of your device and do a factory reset after installing the update as many users post they faced forced closed error.

Lenovo A7000 was launched last year which features a 5.5-inch HD 720p IPS display and powered by Mediatek MT6752 processor with 2GB RAM. The phone has 8MP rear camera with Autofocus and LED Flash and decent 5 MP front camera for clicking selfies. The Lenovo A7000 runs on Android Lollipop but now you can Update Lenovo A7000 to Marshmallow.  The company also announced the Marshmallow update for the Vibe S1, the Vibe P1,  A7000 Plus,  K4 Note and the Vibe K5 Plus.