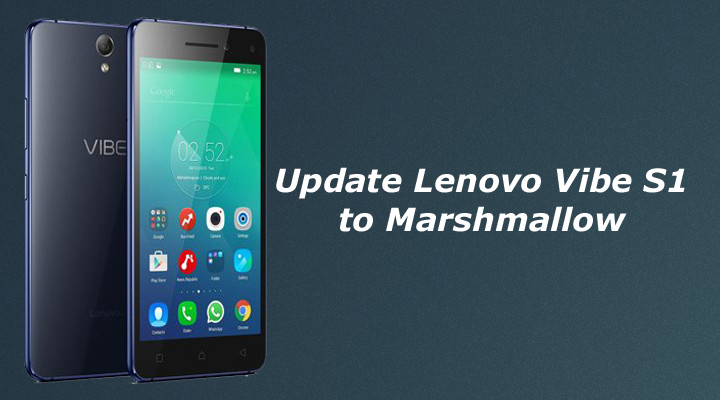 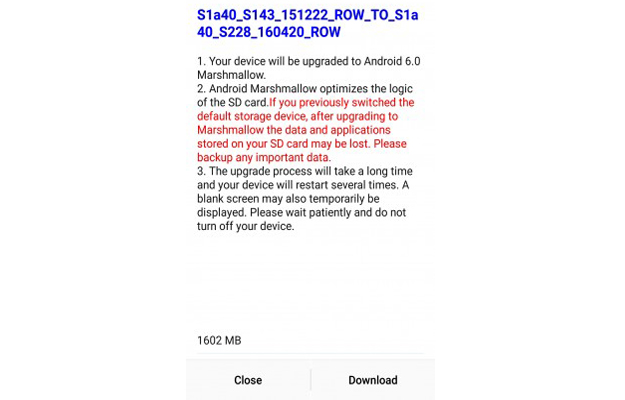 Note: – Make sure you at least 2GB of free space on your device and battery level should be 75% before you Update Lenovo Vibe S1 to Marshmallow. It is recommended to take backup of your device and do a factory reset after installing the update as many users post they faced forced closed error.

Lenovo Vibe S1 was launched last year and runs Android 5.1 Lollipop with Lenovo Vibe UI. It sports a 5-inch full HD IPS LCD display with 1080 x 1920 pixels (440 PPI pixel density). The phone powered by a 1.7GHz octa-core 64-bit MediaTek MT6752 processor with 3GB RAM and 32GB internal memory (expandable up to 128GB via microSD card). It also has a 13MP main camera with autofocus, an 8MP main front-facing shooter along with a 2MP secondary front camera, and 2500mAh battery. The phone runs on Android Lollipop but now you can Update Lenovo Vibe S1 to Marshmallow. The Lenovo A7000+ and Vibe X3 are the next to receive the new marshmallow update.

How to Manually Check for Update on Lenovo Vibe S1 –

The update will gradually spread in phase wise manner. There is no particular date when you get the update. It could be today, or could be next week. To check Marshmallow update for Lenovo Vibe S1 manually head over to the Settings-> About device -> Software update.

The Marshmallow OTA file for Vibe S1 is not available for now but we will provide it soon so you can Update Lenovo Vibe S1 to Marshmallow manually. Let us know how’s your experience with Marshmallow by comments below.