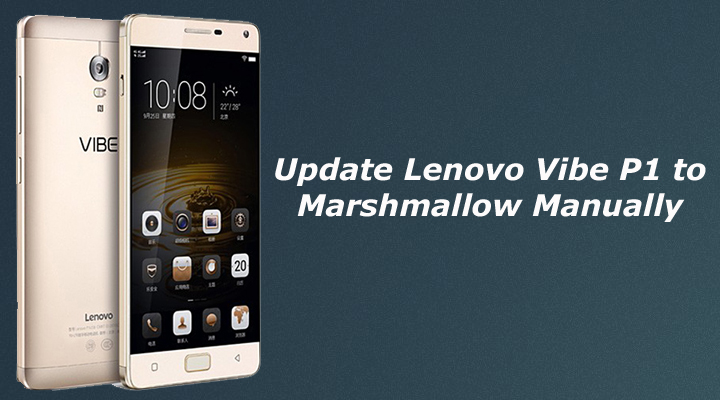 1) To manually check the update, you can head over to Settings > About phone > System updates > Check For Update.

3) Download the Official Marshmallow ROM for Lenovo Vibe P1 from above.

4) Now save the file to SD card and rename it to ‘Update.zip‘

5) Now Power off your device.

6) Boot your phone into the recovery mode by pressing ‘Power + Volume up + Volume Down‘.

8) Now wait for some time until the installation process complete.

9) Your phone will reboot and upgraded Marshmallow.

This is the easiest way to Update Lenovo Vibe P1 to Marshmallow manually. If you have any questions, comment below.