Let’s begin with the basics and answer one question: what is Android Framework? It’s a specific set of APIs which come in handy when developers need to develop an Android app. They consist of pre-made solutions allowing developers to build apps much faster, so developers can focus on important things during the development process.

We want to show you the best Android frameworks for app development in 2020. 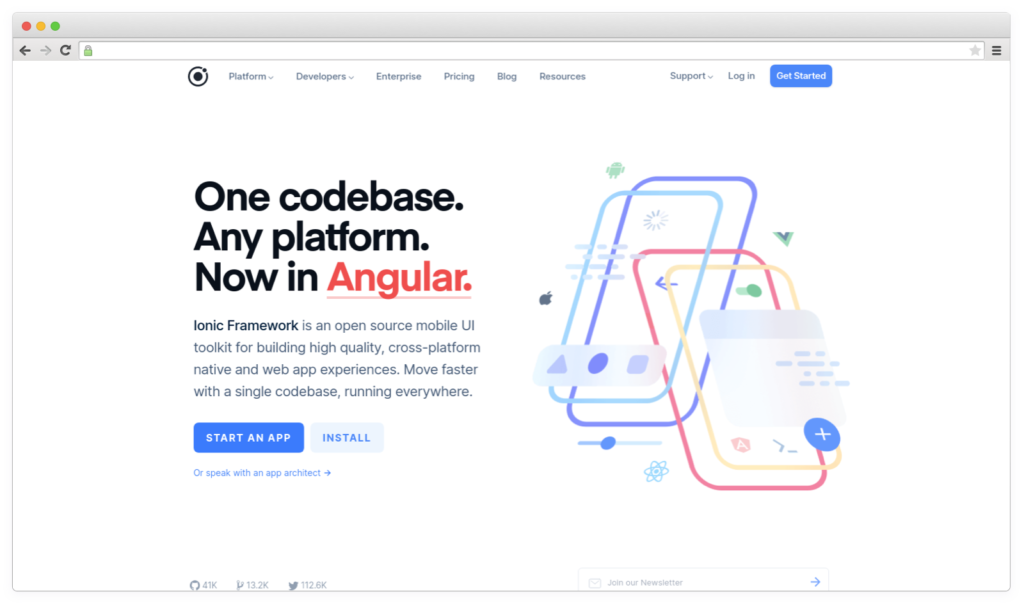 This framework is considered to be the most popular among the competitors with more than 5M of users. It’s designed to build hybrid apps (apps that are using mobile Webview). Within this framework, there is a Components and Theme that provides developers with wide opportunities to build apps with elegant and functional designs. Main advantages of Ionic are: 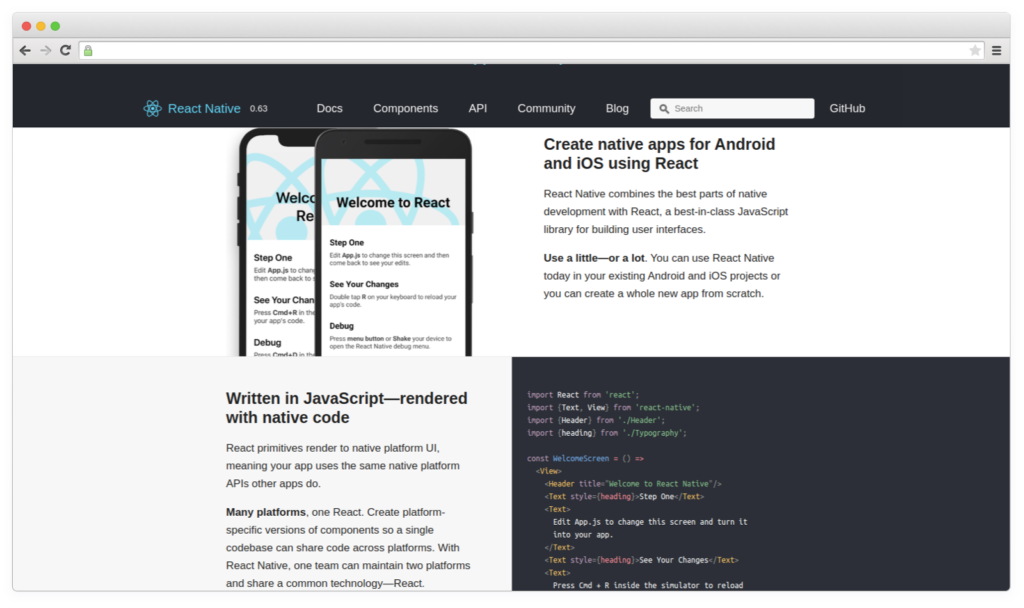 It’s a beloved framework among Android developers. Many of them say that React Native makes the development of custom apps easy and fast. Due to specific APIs that are closely tied with framework’s nature, developers have straightforward ways to make their projects look native and deliver an outstanding performance. With React Native, these advantages come along as well: 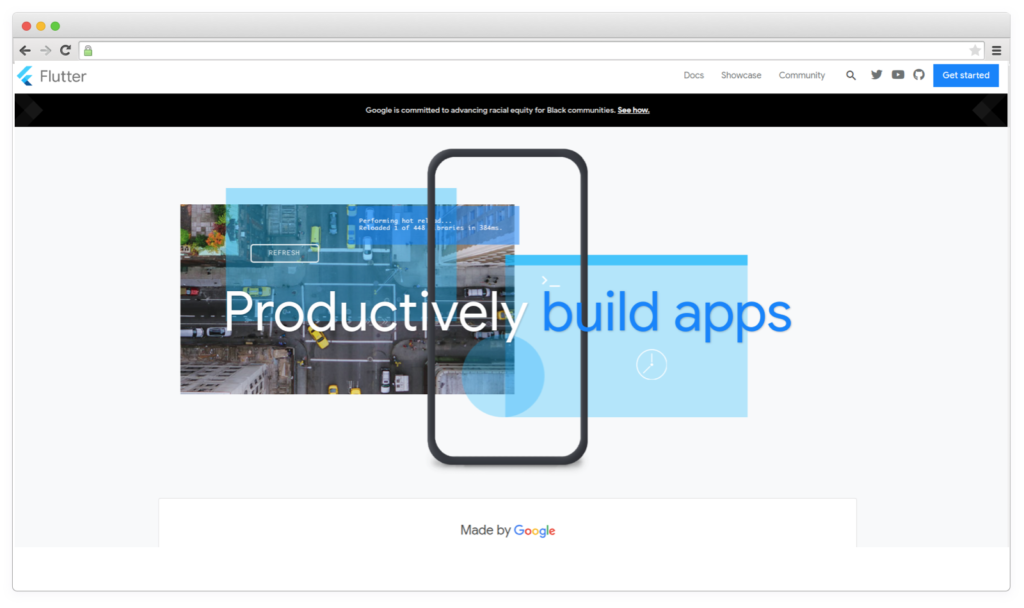 Flutter is a newbie in the world of frameworks. Nevertheless, this framework has already become very famous. Thanks to its free, open-source nature, it gains popularity really fast.

Furthermore, Flutter lets developers customize UIs of any complexity, so Flutter apps always look unique and pretty. It’s a significant advantage if you want to impress your users with how your app looks.

Speaking of benefits, with Flutter you’ll get: 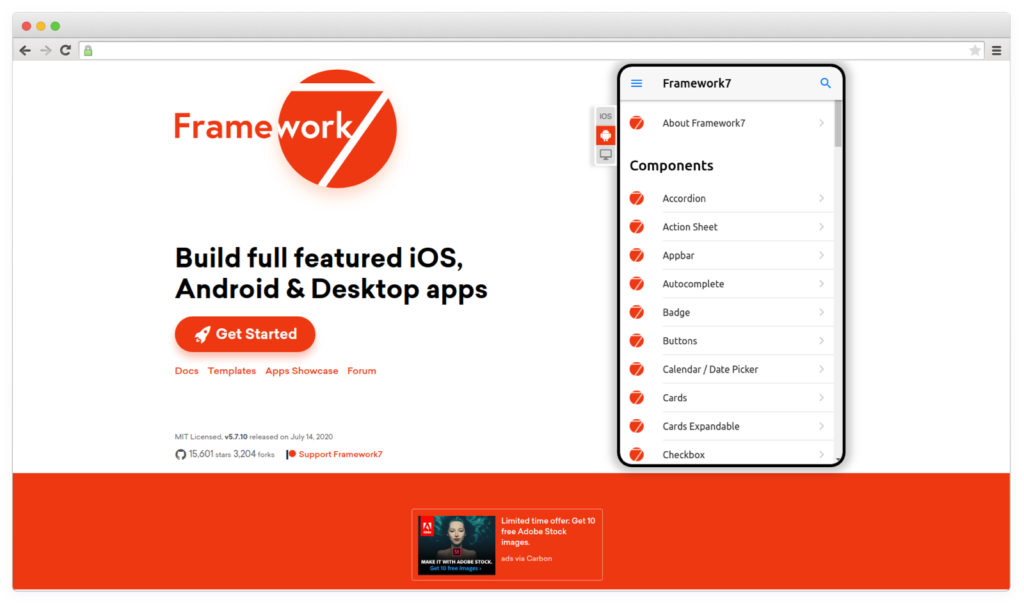 It’s an absolutely free-to-use open-source framework made for development of hybrid apps. With the help of its built-in libraries, it’s an easy-to-learn framework that will come in handy.

Moreover, you can start creating apps after learning HTML and CSS and have basic JavaScript knowledge. The development process won’t be harder than website development. Framework7 has these advantages at your disposal: 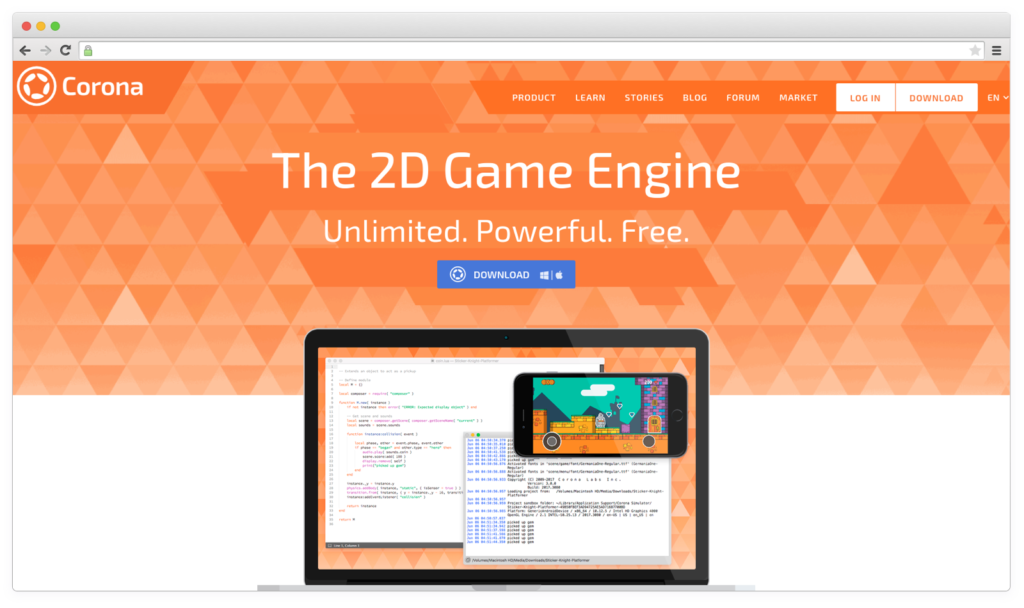 It’s a very flexible framework that allows building apps and games on mobile platforms. The number one feature of this framework is that you can instantly see implemented changes that smooth overall workflow. Besides, this framework has a dedicated community that shares their knowledge on mutual code repositories so you will always have a source of useful information along the development process.

There are more advantages to come: 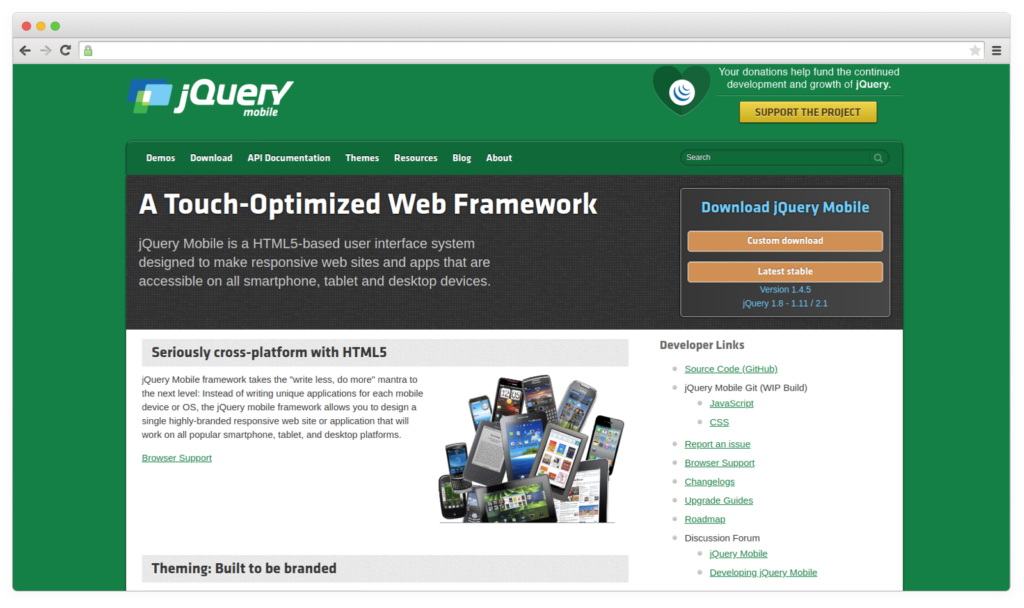 The main motto of JQuery is “write less —  do more.” It’s a user interface framework based on HTML5, and all this is built on JQuery core. With this framework, you will get a simple and neat syntax along with beautiful animations that you can add to your project. 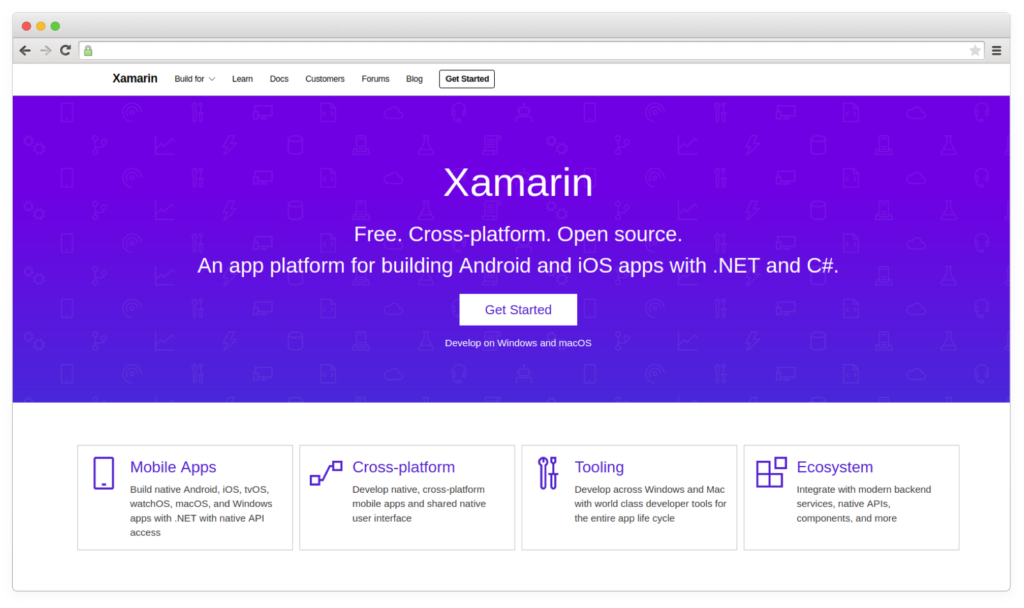 This framework has its own friendly development environment with access to native APIs and various Android toolkits. In addition to it, this framework has very useful test solutions: Xamarin Test Cloud and Xmarin Test recorder so developers can test the work of various developed solutions pretty easily.

There are a few more advantages of using it: 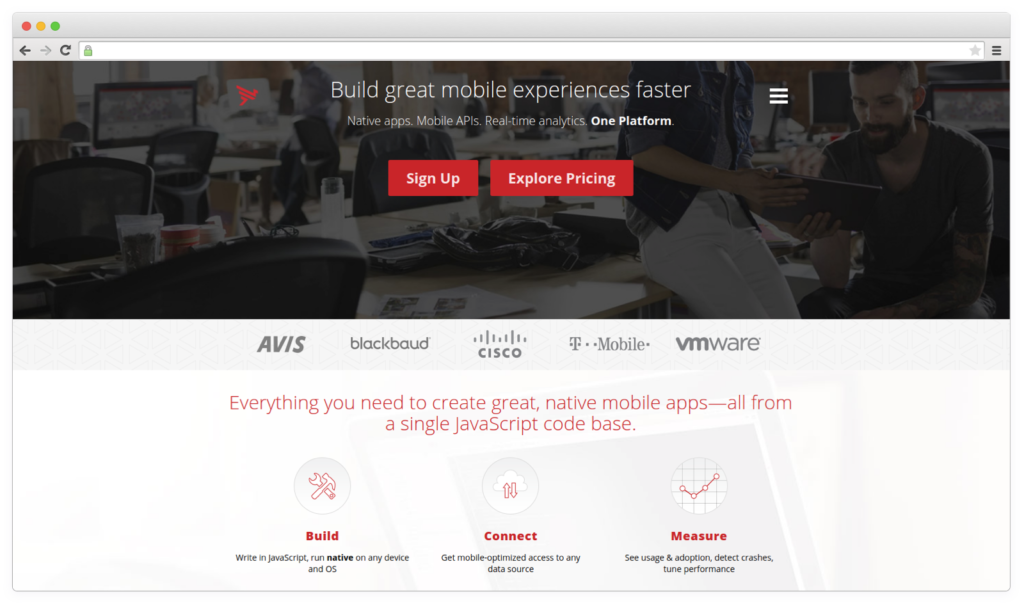 It’s another open-source framework that allows to build apps using JavaScript and compile them into native Android and iOS apps. Thanks to this framework, it’s enjoyable to use and easy to learn. Within the framework, you can find useful code modules reducing the amount of code that should be written.

There are a few more advantages: 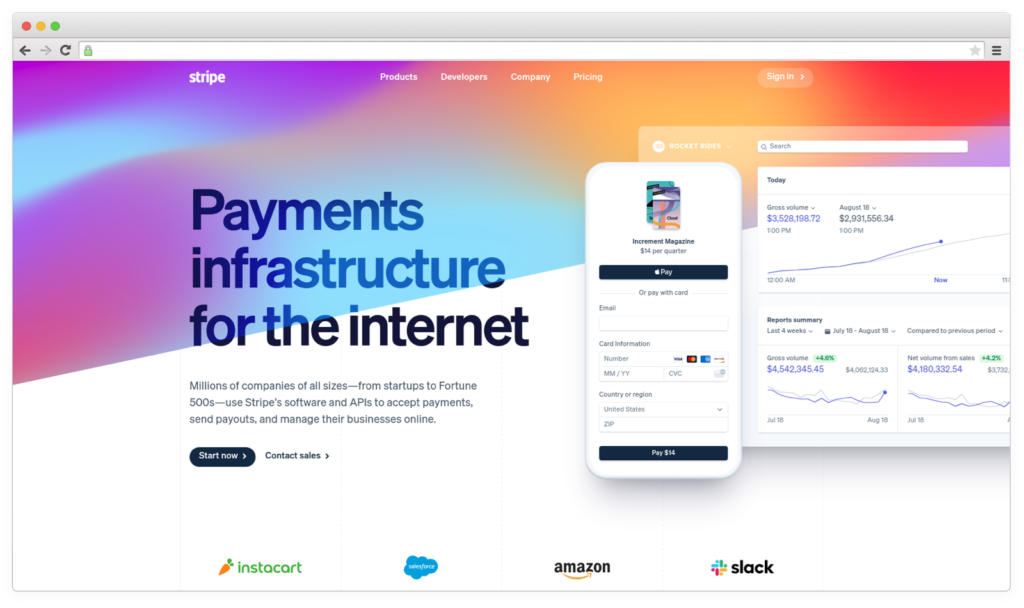 This framework provides developers with an opportunity to implement various payment systems in their apps pretty easily. The main feature of Stripe is the simplified payment process. Card information sends directly to Stripe servers, where this information converts into a token. After that, this token sends back to the app and finally sends it to Android servers to accept the payment. There are a few more advantages packed in Stripe:

Why to Use Frameworks?

First of all, the main goal of every framework is to speed up the development process and make its comfort level higher. On the other side, we have customers. Using frameworks will significantly reduce the development cost. Moreover, for every Android app development company, it is vital to optimize various working processes. Frameworks let programmers rest a little and focus their attention on more important things in projects and help to develop various familiar functionality.

Vitaly Kuprenko is a writer for Cleveroad. It’s a ios and android app development company with headquarters in Ukraine. He enjoys writing about technology and digital marketing.