There are currently two builds are available the first one is PurifyOS Team and the Second one is Blacksoulxxx build. The XDA member ErnyTech from PurifyOS Team have slightly modified the Xposed Nougat source of @abforce and XposedTool of Rovo collector to allow the creation of rapid zips to install Xposed on Nougat. On other hands, XDA Member BlackSoulxxx released a version with Magisk support. Both the version are available for arm/arm64/x86 specially built for Nougat. Download Xposed for Nougat from below. 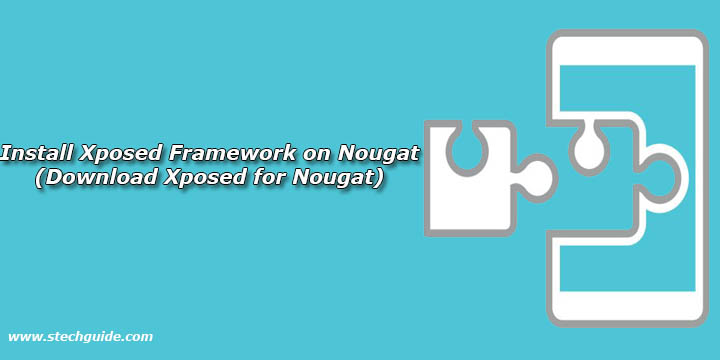 Although the builds are not Official, it working perfectly on a device running Android Nougat. Developers already tested the build on OnePlus, Sony devices and various custom ROM’s. So until Official Xposed for Android Nougat released, Download Xposed for Nougat 7.1 unofficial version. Before installing Xposed framework on Android 7.1 Nougat/LineageOS 14.1 you have to download some files first. 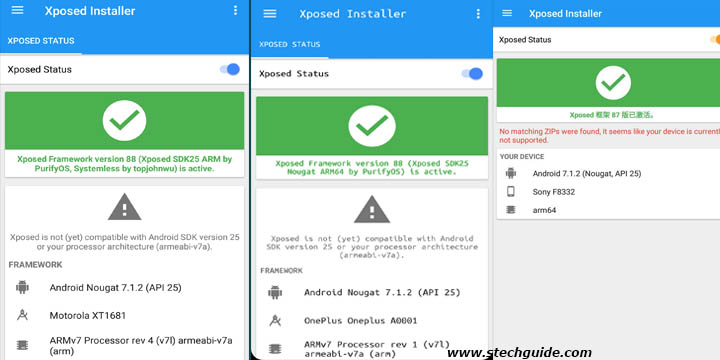 This version of Xposed also works for arm/arm64/x86 and Magisk. Download Xposed v87 from below.

How to Install Xposed Framework on Nougat –

So this is the complete guide of how to Install Xposed Framework on Nougat. Install the app and search the Module you want and enjoy tweaking your phone. If you have any doubt, ask me by commenting below. Stay connected with us via Facebook, Twitter, and Google Plus to read more such helpful posts.