TWRP backups can save your device if you mess up your Android device. It helps you recover all your data in case of bootloop or any other wrong flashing. If you are more into flashing new ROMs or Kernels then taking a TWRP backup is must and recommended by every ROM developers. With the previous version of TWRP you can take system image backup and save it on your device or save that backup in PC in case need to wipe its storage, but with TWRP 3.1.0, you can take TWRP Backup directly to PC via ADB. 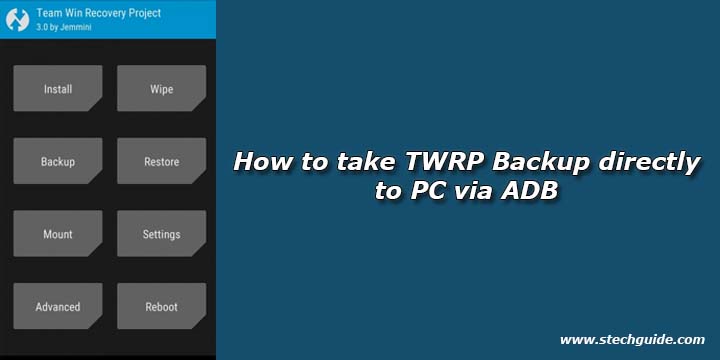 To create an ADB backup using TWRP recovery all you need to install the latest version of TWRP v3.1.0, and ADB and Fastboot drivers. If you don’t know, ADB is a command line tool that’s communicate your Android device with a computer. With ADB, you can control your device from the computer via USB, transfer files and run powerful shell commands. Follow the below guide to take TWRP Backup directly to PC via ADB.

How to take TWRP Backup directly to PC via ADB

If you do not specify the filename with the -f option, adb will backup your data to a filename backup.ab on the client.

How to Restore TWRP backup from PC via ADB

This the easiest way to take TWRP Backup directly to PC via ADB and Restore the TWRP back from PC. Have any questions? Do let us know that in the comments below